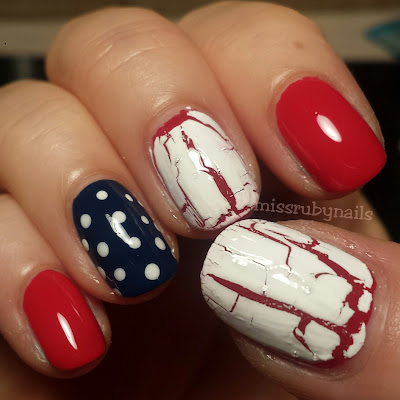 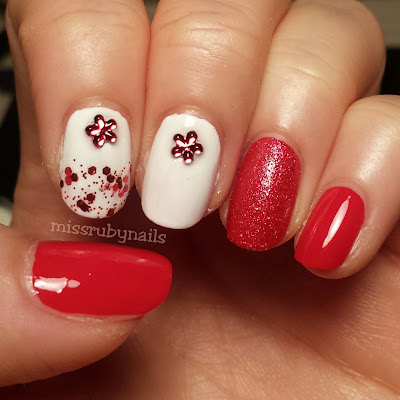 These 2 festive manicures were done to celebrate Canada Day and USA's  Independence Day! They were really simple and were done using the colors resembling the nations' flag. 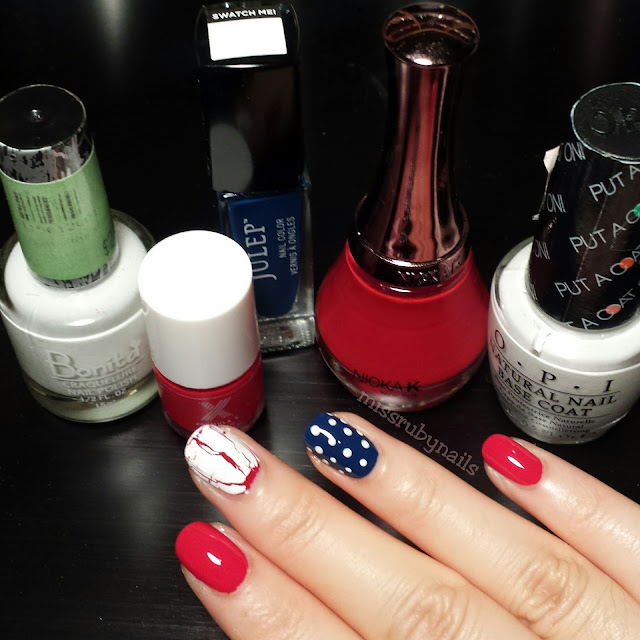 For the Red/White/Blue nails, I did a red base on most of the nails. I then used a white crackle polish to layer on top of the middle nail and thumb. I haven't seen crackle polish being used too much lately, maybe it has gone out of the trend!? Haha. I then dotted some white polka dots on the dark blue accent nail as the stars and we are done! 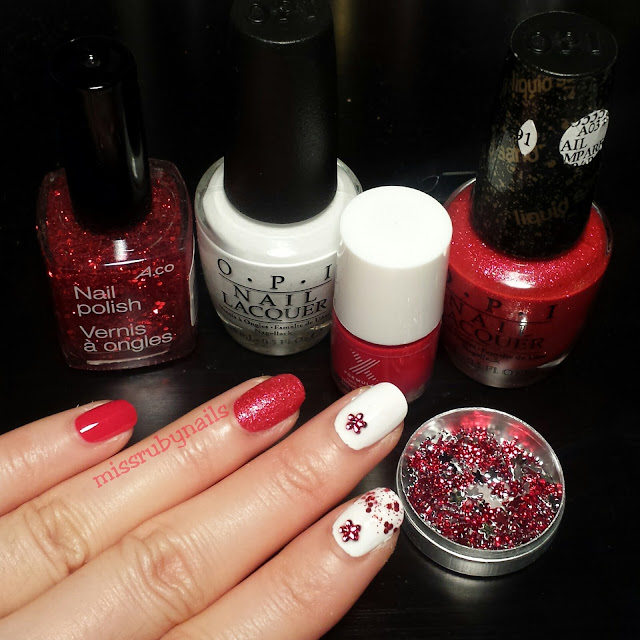 For the Canadian set of nails, it was even easier with only 2 colors - red and white. I put a red floral jewel on each of the second and third nails as the "maple leaves" and I also used a textured red glitter on the 4th finger to add a little something to the set. 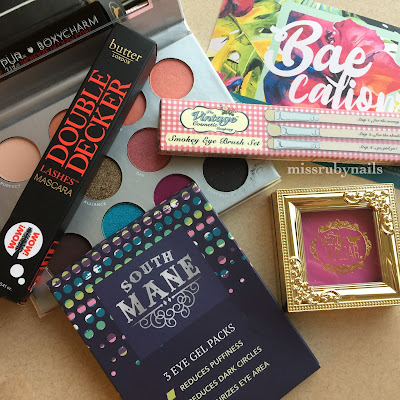 BoxyCharm is a monthly beauty subscription that focus mainly on makeup with 4-5 full size products. It costs $21 USD per month.

What I got this month:

Pretty Vulgar - Make Them Blush in 111 Prim Vixen
I was most wowed by this product when I opened this box because of the gorgeous gold packaging. I have never tried anything from this brand and this blush is in a bright pink color! I don't usually go for blush color like this but hey, that's why we get subscription boxes right? It feels super smooth and luxurious to touch! I am excited to wear this on my cheeks!

PUR - Eyeshadow Palette
This is a pretty big palette with 12 eyeshadows. Most of them are very creamy and pigmented! This is my first time trying PUR eyeshadow and I quite like them. The color scheme here is more peach, pink and neutral, which is easy to wear.

The Vintage Cosmetic Company - Eye Brush Set
There are 3 brushes in this set and they are all nice and soft. I like that they are white so I … 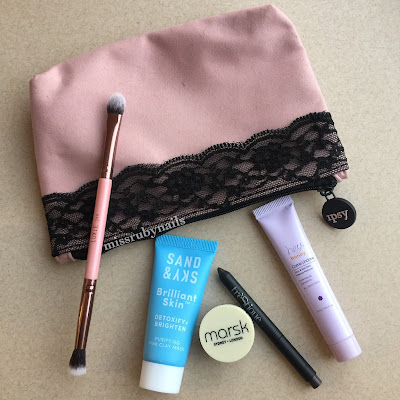 This month's bag is a nude pale pink suede-like textured bag with lace trim. It somehow reminds of sexy lingerie, which I think is what they are trying to do. It's pretty cute!


Luxie Beauty - Blending and Shading Eye Brush
I have tried Luxie's brushes before and I really like them. This one is duo-ended and they are very soft. The blending side is more for a darker shadow placement brush for me instead of a blending brush. But I like it overall.

Marsk - Loose Eye Shadow in Foil Again - 1.2 g
This color is a metallic grey to silver depends on how the light is hitting it. It's quite metallic and it's gonna be loud wearing as a smoky eyes shadow! I don't really do a crazy smoky eye look too much nowadays but will definitely try to incorporate it somehow in my more natural eyelook. 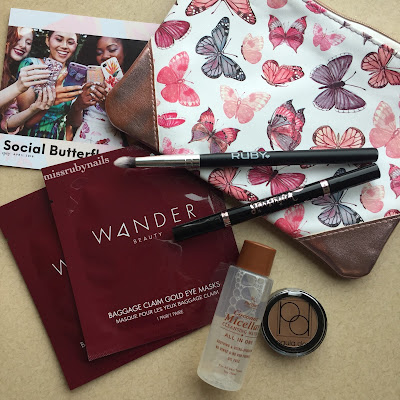 
This month's make up bag is a cute and pinkish tone one with butterfly print and rose gold details. I really like it and have already been using it in my purse!


Ciate London - Startruck Double-Ended Stamp Liquid Liner
At first I didn't think I would like this stamper eye liner but after playing with it by stamping on my hand and pretend its a tattoo, I think this is so fun! The normal felt tip liner side is super black too. However, I wish the formula is more long lasting. The ink stamp seems to fade easily. But overall I love it!


Wander Beauty - Baggage Claim Gold Eye Masks
What a fun name "baggage claim"! I love any masks and this gold foil technology lets the serum to fully soak into the skin before evaporating. It says it can brighten, reduce dark circle, and hydrate. Yes to all please!